Our trip to the London Boat Show #LBS16

As you know, I really really love boats. I like lifeboats and pirate ships, I like big cargo ships and submarines.

So when my Dad said we were going to the Boat Show, this was the BEST NEWS EVER.

First of all we went on the Friday, it’s at the Excel Centre, which is a big car park, basically. But they filled it with boats, so that was alright!

The nice man in the press office gave me my own pass so I didn’t have to share my Dad’s.

We saw big boats and little boats, anchors, winches, ropes, sails – even some boats so posh you had to take your shoes off to get onboard.

My best bit was the canoeing in the great big paddling pool. The team who were running it were ever so nice, especially a lady called AJ who let us go to the front of the queue.

We were there for about six hours, I was really tired but there were still more boats to see – so my Dad brought me back the next day (Saturday) and my brother Drum came along as well. 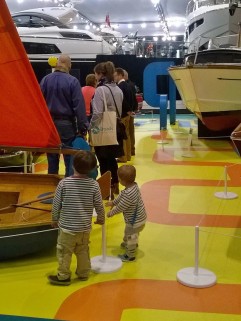 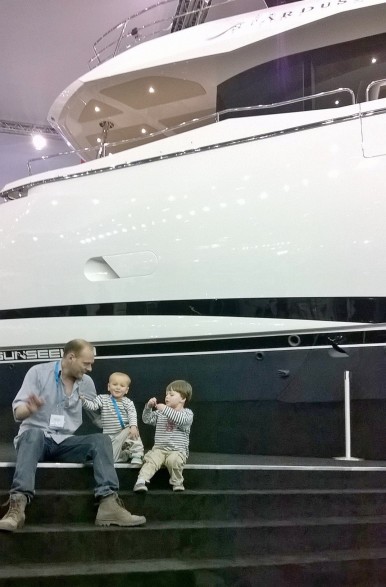