The seaside is at a place called Walton on the Naze. They also had a pirate carnival with real pirates and some firemen who were good too – plus also some girls doing a funny dance with sticks called majorettes. I think I would like to have one of their sticks to play with, but maybe not in the silly dresses they wear.

We played at being buried in the sand and at soaking my dad. And at catching crabs in buckets using sausages and nets and also we went on the lifeboat, which was pretty awesome. 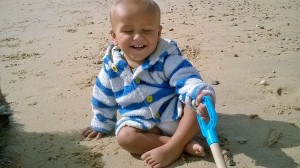 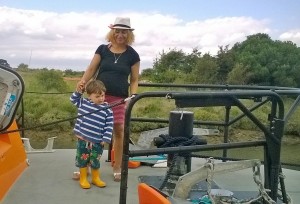