Dad says Cyprus is in a bit of bother cos they owe a million bazillion euros to someone and all their banks are shut. Dad reads me the news every morning when he has his coffee.

It all sounds quite complicated to me, but the man in our corner shop is from Cyprus and he is ever so nice and it seems a super place, so I hope it works out.

Dad said someone called the IMF wants to take money from people in Cyprus’ piggy banks and also that Russia can give them some extra pocket money if they are nice to Russia. Or something a bit like that anyway.

I hope the world is fixed by the time I am big. There’s lots of places I’d like to see. My Dad has been to most of the world and photographed some places which are in wars now or buildings that have been destroyed. Which is a bit sad to think, isn’t it? 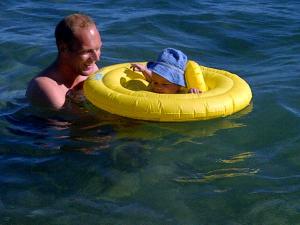