A singer calld Charlotte Church was doing some filming in Daddy’s gallery today. Me and Dad went down to meet her… but she was fashionably late so instead we went to the park and played on the swings.

Daddy had to go and lock up the gallery once they had finished (after my bedtime) so he took Doodle and she got a celebrity stroke. Daddy said he didn’t recognise Charlotte at first cos he thought she was blonde.(Daddy is rubbish at recognising celebs.)

You’ll be able to see the footage on a website called The Line of Best Fit on Monday but here’s some pictures from their instagram.

I had celery and hummus sandwiches for lunch also. Which sounds quite posh but it isn’t.

PS I also got some new pyjamas with tractors and lorries on. Just making this story more about me again. 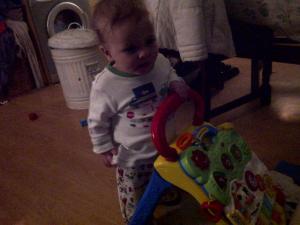